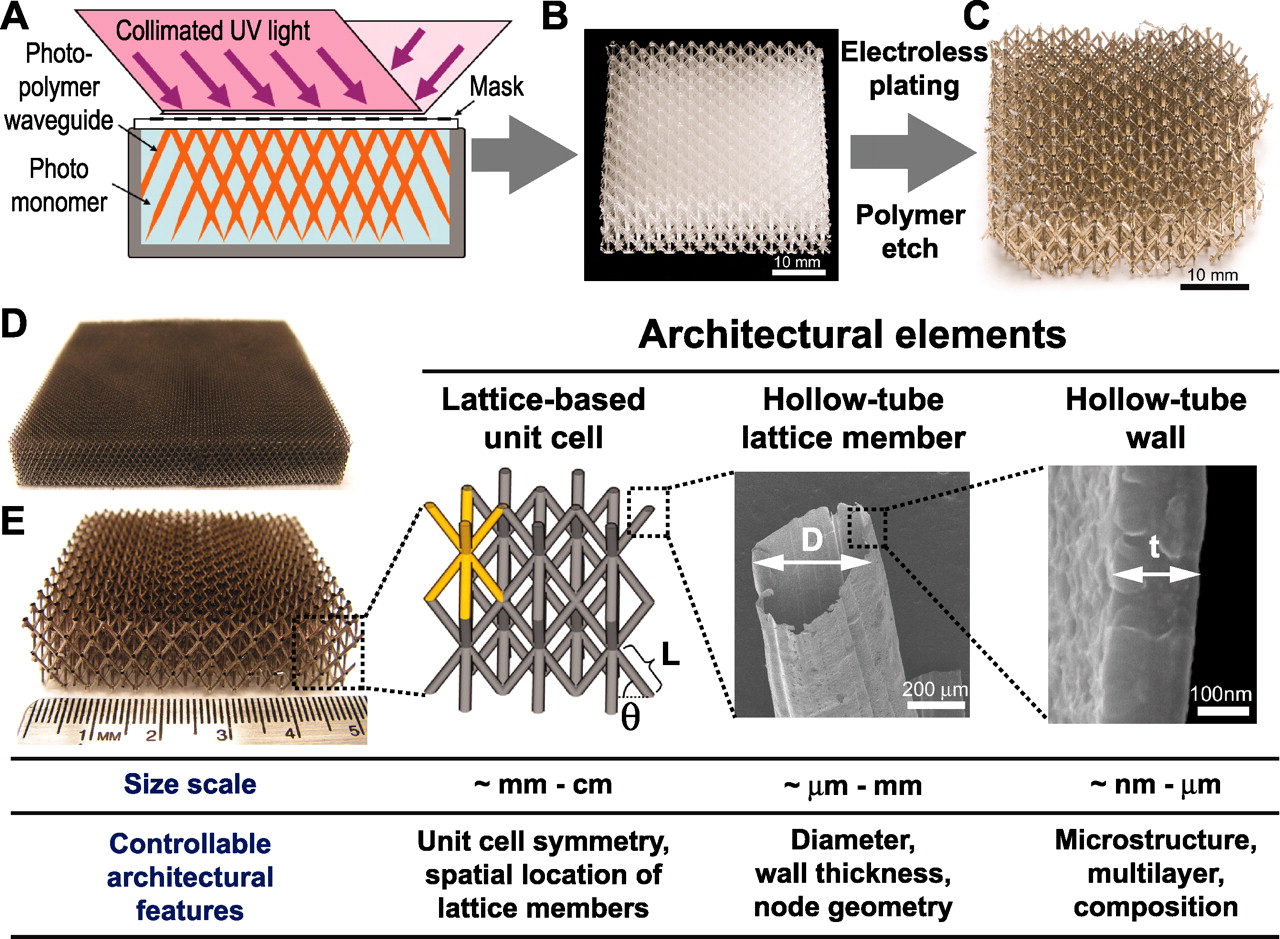 A metallic microlattice is a synthetic porous metallic material, consisting of an ultra-light metal foam. With a density as low as 0.9 mg/cm3, it is one of the lightest structural materials known to science.It was developed by a team of scientists from HRL Laboratories, in collaboration with researchers at University of California, Irvine and Caltech, and was first announced in November 2011. The prototype samples were made from a nickel-phosphorus alloy. A similar ultra-lightweight material, consisting of an electrodeposited nanocrystalline nickel layer over a polymeric truss, was created by researchers at the University of Toronto in 2008

A metallic microlattice is composed of a network of interconnecting hollow struts. In the least-dense microlattice sample reported, each strut is about 100 micrometres in diameter, with a wall 100 nanometres thick. The completed structure is about 99.99% air by volume,and by convention, the mass of air is excluded when the microlattice density is calculated.Allowing for the mass of the interstitial air, the true density of the structure is approximately 2.1 mg/cm3 (2.1 kg/m3), which is only about 1.76 times the density of air itself at 25 °C. The material is described as being 100 times lighter than Styrofoam.
Metallic microlattices are characterized by very low densities, with the 2011 record of 0.9 mg/cm3 being among the lowest values of any known solid. The previous record of 1.0 mg/cm3 was held by silica aerogels, and aerographite is claimed to have a density of 0.2 mg/cm3. Mechanically, these microlattices are behaviorally similar to elastomers and almost completely recover their shape after significant compression.This gives them a significant advantage over current aerogels, which are brittle, glass-like substances. This elastomeric property in metallic microlattices furthermore results in efficient shock absorption. Their Young's modulus E exhibits different scaling, with the density ρ, E ~ ρ2, compared to E ~ ρ3 in aerogels and carbon nanotube foams